So previously, we discussed (1) an overall strategy for how to do well law school and (2) what NOT to do in law school.

I promised not to be so negative, but to tell you what you should do.

This time — the third part of a five piece series — I focus on the first pillar to success: master the law.

I have got a practical video on this below.

(Yes, I did those awesome drawings myself.)

Once you are done with the video, please read the below.  (It is different that what is in the video and, if anything, will make the video make more sense.)

Mastering the Law and the Three Pillars of Law School Success

Let me get even more basic for a second.

As I mentioned before, there are 3 components of studying law you must focus on to succeed in law school: mastering the law, mastering issue-spotting, and mastering your professor.

In what follows, I talk in detail about issue spotting just so I can explain why you need to “master the law” more clearly.

Now, of the Three Pillars of Law School Success, mastering issue-spotting is the most critical by far.

It is the skill, I would argue, that makes you a lawyer.

Issue-spotting, to me, can be reduced to this: a friend tells you a crazy story about something badhappened to her and asks you “can I sue?” If you can answer that question accurately, with proper care, nuance and creativity, you are issue spotting. (Honestly, if you can do that, you are a motherf-ing lawyer in my book.)

BUT – big “but” there – before you can issue-spot, you need to know what the law is.

What do I mean by “master the law”?

Now, what is a “claim or defense”? (I am being a little casual here, but you’ll forgive me later.)

It is the legal basis of lawsuit or criminal charge: “intent to kill murder” or “battery” or “negligence.”

And what is an “element” of a claim or defense?

The elements of a claim are every point you need to prove with facts to win a case.

A single element is a building block of the legal basis of a law suit or criminal charge: For instance: “intent,” “killing,” “caused apprehension of imminent harm, etc.”

(This is an oversimplification, but one you need right now).

Think of claims or defenses as “legal recipes” and elements as “ingredients.”

You want to win a lawsuit (you want to eat a dish of something yummy).

You have to follow the recipe and have every ingredient to have that dish of food.

Think of something simple.

The recipe for a root beer float requires: (1) 12 ounces of root beer; and (2) 1 scoop of ice cream (usually vanilla, but if you want to make a mess, please, be my guest, scoop and dump that Phish Food into your frosty mug of Mug).

Now, you can have varying amounts of root beer and ice cream. But you have to have both to say, with a straight face, that you’ve got an ice cream float.

No ice cream? You’ve just got root beer. You don’t even have a “low-cal, ice-cream-free root beer float.” That is equal nonsense.

Let’s not take that analogy too far. You get my point.

To have a prima facie case (your hot dish of yummy food), a chef (lawyer) started with a legal claim or defense (recipe), and met every element (added each and every necessary ingredient).

BUT BUT BUT: Law school is not that simple.

Because with law school exams, it’s not like you study recipes, and your test is to go to the store and buy the ingredients and make the dish.

NO. It is much harder than that.

A law school final exam is like the TV show Iron Chef.

For those of you who don’t know:  On Iron Chef, you are given surprise ingredients and a limited amount of time, and have to make dishes using only the recipes (claims and defenses) you have in your head.

What is going on in the head of the Iron Chef contestant at the beginning of the hour?

She is reviewing the ingredients (what do I have?) and thinking “what can I make?”

She has to mentally review the recipes in her head and think: what combinations of individual ingredients allow me to create what dishes?

What am I going to make?

Seth Rogan, A Bong, and What It Means to “Master the Law”

So let’s use a non-food example.

Pretend for a moment:  Seth Rogan looks me in the eye, swings at my beautiful (Bat-masked) face with his 6-foot tall glass bong, and makes contact. I am bleeding. Badly.

How do I know the answers to those questions?

In casual conversation, we might think he owes me some kind of money. The dude hit me. The worst person in the world hit me.

How would a lawyer treat this?

A lawyer would not let me go to court and scream, “Waaaaaaaah, the star of The Interview hit me in the face with a bong and I am bleeding, GIVE ME MOOOOOONEEEEEEYYY!!!”

No. I have got to speak the language of the law. A court hears me say that and hears a toddler’s babble: “Gah goo goo blah boo boo MOOOOOONEEEEEEYYY!!!”

My lawyer has to present a dish, identifying a recipe and presenting each and every ingredient required by the recipe. to mix metaphors, my lawyer must say something to the court that is complete according to the rules of legal grammar (at least subject and verb, let us say).

Seth Rogan’ physical violence here is only the beginning: it starts us on our search for legal theories (claims) that we can win on and that a court can recognize.

So, my lawyer starts like the Iron Chef contestant, in search of a claim to
apply (issue spotting), and then we need to apply it (issue analysis).

Sounds like . . . well, what torts deal with hitting someone?

Now we know we need to do issue analysis.

Analysis means seeing if we can identify facts (or make factual inference) that match each and every element of the claim.

But we need to know what every element of battery is to do this analysis.

We need the “recipe.”

And not only that, but we need enough recipes to find the right one.

(By the way, I realize you are pretty chill and probably stoned, but if Seth Rogan’s people are reading this, SETH ROGAN NEVER HIT ME IN THE FACE WITH HIS BONG. I SHOULD BE SO HONORED. THIS IS A WORK OF FICTION – CRAPPY FICTION – WRITTEN PURELY FOR PEDAGOGICAL ENDS THAT YOUR FREAKS AND GEEKS PERSONA SHOULD SURELY APPRECIATE. OR NOT. DIDN’T WATCH THAT SEMINAL SHOW. YES, SETH, I SAID “SEMINAL.” JACKASS.)

So here is a simple definition of battery, which has five elements:

There are other formulations of battery – just as there are sometimes different recipes for even simple dishes. When you are in school, use exactly the definition your professor gives you. But this will be pretty close to what you learn.

Each element may seem clear, but we should discuss each one further.

And after that explanation, let’s see how the facts (or inferences I can make) fit the elements of law:

Now, if I am missing proof on any of these elements, I can’t even make out a case.

In a full trial, if Seth Rogan can prove that I am simply wrong about a fact I offer as to just one of these elements – JUST ONE – then I lose the claim.

If I lied, and in fact, I told Seth, “No, please, hit me really hard with that bong, Seth Rogan!”, then I lose.

Recap:  Why You Need To Master the Law

We need to know claims and defenses (defenses – like intoxication or self-defense – have elements and must be proven just the way a claim must be proven).

So let’s back up.

You need to master the law so you can master issue spotting, the very skill your law school grades depend on.

Specifically, you need to know enough law so you can pick out facts that are “issue hooks” that would trigger a deeper look at a particular legal claim or defense.

Then, repeat this exercise  until YOU BECOME THE IRON CHEF!

Also: I am having some technical difficulties. I do plan on opening up sales to my course, Kick the Crap Out of Law School in my next post. 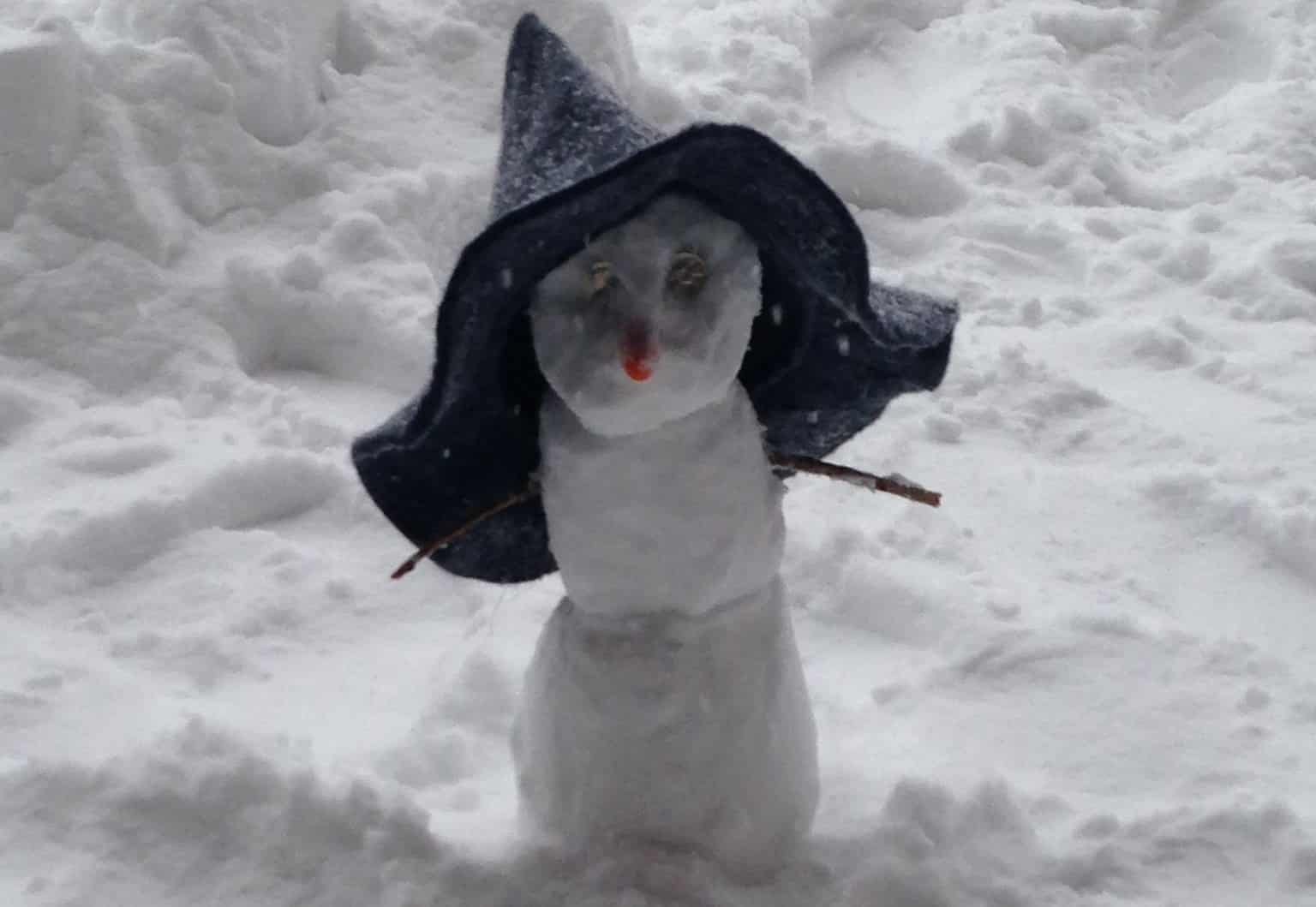 . . . if I could convince you to focus on just one thing early in the semester in law school (and ideally… A change of pace today. A lot of Larry Law Law is about how  — how to kill it in law school, become a…